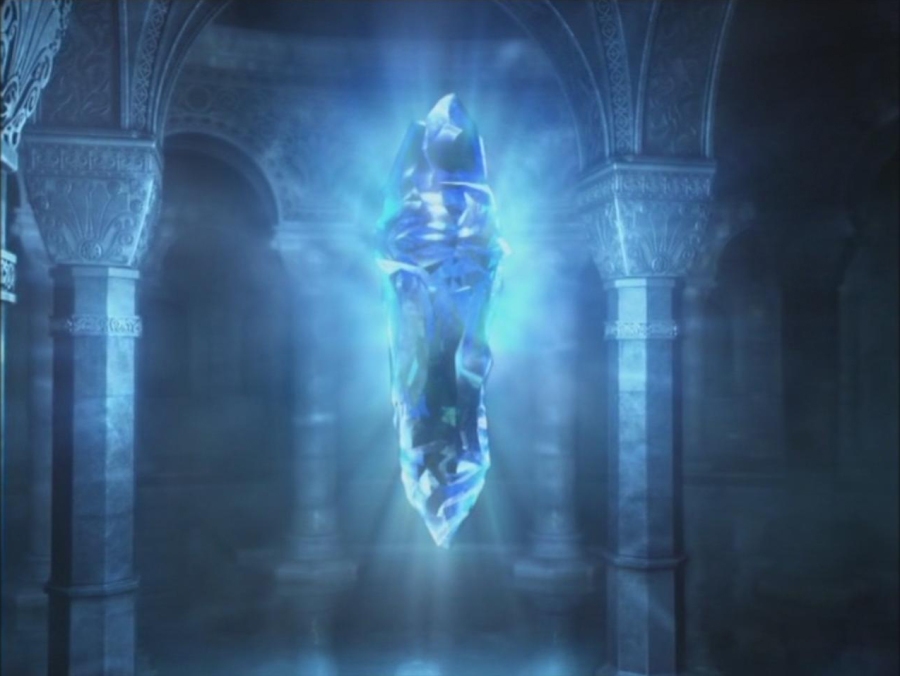 Final Fantasy IV, V, and VI are available across too many platforms to fit in a concise header.

For full disclosure, I never played any of the Final Fantasy titles initially released on SNES until 15 years after their release (Final Fantasy V in particular was a few months shy of its 25th anniversary by the time I played it parallel to the Four Job Fiesta last year). While being a fan of Japanese role-playing games since as early as 1998 makes it a bit embarrassing to have passed them over for so long, having the benefit of space and perspective makes it apparent just how much these games non just bore an influence on later games in their series, but helped to cement a direction for their subgenre that stands to this day.

Granted, many games were taking huge steps forward with or without the additional wiggle room offered by the SNES’s fidelity – it’s hard to discredit Megami Tensei’s boldness in its subject matter or the influence of the blockbuster-in-Japan Dragon Quest/Warrior IV-VI releasing in the same time frame, each of which presented a unique story framing, approach to characters-as-classes, or both. But especially at the time, Final Fantasy’s overwhelmingly successful reception for these three games that came out one after the other within as many years coupled with the benefit of being first to the table on the new system set these three titles up to inform how JRPGs would begin to differentiate themselves from their Western compatirots.

Plus, Final Fantasy is the series I’ve actually played, so it’s the one that I’ll talk about on my blog. Nyeh.

As one of the first role-playing games on the SNES (and one of the first JRPGs on the system at all, beaten to the punch only by Ys III one month prior), Final Fantasy IV was uniquely-positioned to show new ways in which the series could move forward now that somewhat-looser technical limitations were broadening the designs and scenarios that developers could bring forward. Especially by way of comparison to what the series had been putting out previously.

Up to this point, Final Fantasy had provided some semblance of a story to frame its role-playing gameplay, but that was about the extent of things. The first game in particular adamantly refuses to attach any defining names or traits to the playable party in any of its currently-13 (!) re-releases, its player-projecting nature being one of the many many elements it borrowed from D&D’s trendsetting template (alongside most of its class selection and the overwhelming majority of its bestiary). The second did a smidge better, but its party was fairly unmemorable for most players and the game itself did comparatively poorly on release. The third, meanwhile, doubled back to a fully nameless party, only giving its protagonists names and a minimal backstory in a top-to-bottom overhaul sixteen years later.

But Final Fantasy IV made a distinct statement in nailing down a cast of characters with distinct personality traits, internal conflict, and an arc along which to develop. Even from the opening moments, we’re shown Cecil’s and Kain’s dueling perspectives on loyalty as a virtue, how Rosa’s sense of concern is as short-sighted as it is well-meaning, and the rippling consequences of the party’s actions. And this is where, understandably, some would argue that JRPGs really started to drift away from their tabletop roots.

Unlike other role-playing video games of the time, the plot of Final Fantasy IV is spurred on by the actions of statically-defined characters rather than any sort of player stand-in, and as such its events are acted out before the audience rather than structured as a one-size-fits-all campaign for interchangeable protagonists. It tells the same, relatively unchanging tale every time with the same cast and same script, and as such could be seen as more similar to novel adaptation than a realization of a tabletop role-playing adventure. And, as Western PC-based counterparts like Ultima were taking the player-insertion road, Final Fantasy IV was relatively free to occupy its own space, making its mark in a way that it never could by following traditional role-playing story  models.

Not to put words in their mouths (scripts?), but Final Fantasy V felt like it leaned back a bit into the direction of the NES-era, Western-stylized RPGs in a way. Its main cast does have the requisite informed history and behavioral quirs to make each stand out, sure, and it notably brings one of the series’ only truly recurring characters into the fold, but otherwise the game is much more defined by the beat of its plot than the progression of its characters. Much of this may be due to a focus on the game’s job system (something so thought-out and robust that it inspired its own spin-off series and is regularly revisited and re-examined by fans), which as broad as it is encourages a somewhat flatter core cast that can fulfill any role necessitated by the gameplay.

Still, the protagonists’ actions are a factor in driving the narrative, with party member Galuf in particular acting as a hook into the entire second act of the game and certain dramatic moments being defined by feats of named player-heroes (even if those heroes are otherwise interchangeable much of the time). Yet it seems that, with possibly the exception of late-joiner Krile, none of the party members grow as a result of their ordeals once becoming playable or display much in the way of enduring personality traits beyond the generic “kindhearted and courageous”, leaving them a bit closer to the tabletop-inspired build-a-party schematic.

And Final Fantasy VI, the last entry of the SNES era, feels not only like it took the best from each of its predecessors, but as though it refined the strengths of each and merged them into a narrative that many (including myself) will defend as still the very best that the series has to offer. Each character feels fully realized here, some belonging to a recognizable mold (Locke is, of course, a Thief Treasure Hunter), while others are harder to pin down (Relm being a… Pictomancer? Art Mage?), and each letting that inform their individual traits, ongoing growth, and role within the main plot.

The switch between the first and second halves of the game puts this on full display, transitioning from a whirlwind campaign with a rotating cast of party members in familiar roles to a series of character vignettes in the form of sidequests.

The early acts of the game surely feel like a doubling-down on Final Fantasy IV’s adventure-with-a-rotating-cast-of-archetypes, with each of these characters reaching out to influence the story in accordance with their alignments, goals, and capacities. But with trickier roles in play such as “possessed Magitek Elite” and “spurned Rune Knight”, we get an approach less able to fit a cut-and-dry questing model, and instead it becomes more about the interplay between characters and their resulting affects on the world-state. It doesn’t forget what worked so well about Final Fantasy V, either, showing a new display feat-driven setpieces like the Siege of Doma and, famously, the Opera scene and Cataclysm, that benefit even further from the dramatic context of well-defined player characters as actors.

But then Final Fantasy VI adds on its own spin, digging down into a wide assortment of subquests specifically meant to expand upon its cast. While some like the compulsory Setzer are relatively short-lived and reenforce their established nature, for others like Terra and Cyan we’re shown how the story’s consequences draw out elements of their personality that were previously more subdued and now act as a stronger motivating force. It naturally creates a level of personal stake in the ongoing plot that arguably just couldn’t exist with an interchangeable, blank-faced player character – one of the strengths that JRPGs still carry to their name with how they present themselves today.

Granted, other games in the same era would certainly do interesting things with how they integrated their parties into their storytelling: Square’s own Chrono Trigger playing with player expectations on party composition, also-Square’s Dragon Warrior having its campaigns’ structure reflect their central characters’ journeys, and not-Square’s Ys introducing a story strongly focused on a defined and characterized hero a few years prior. And it’s certainly not a catch-all, with Pokémon adamantly sticking to player-insert protagonists and Polish-made The Witcher placing the player into a named-character role.

Yet few games were so high-profile and ultimately enduring on a global scale to help shape the perception of their entire subgenre. And with the flagship of JRPG series putting their adventurous new directions center-stage and – crucially – seeing it widely-embraced by audiences, I’d wager we have that three-year window of the series to point to for JRPGs’ continued focus to this day on the stories of intricately-defined characters.

Cheesy as they may be.

P.S. – This post is largely inspired by the Final Fantasy V Four Job Fiesta, an annual community challenge run of the game doubling as a fundraiser for the Child’s Play charity. I highly encourage you to check it out if you’re not familiar with the event.