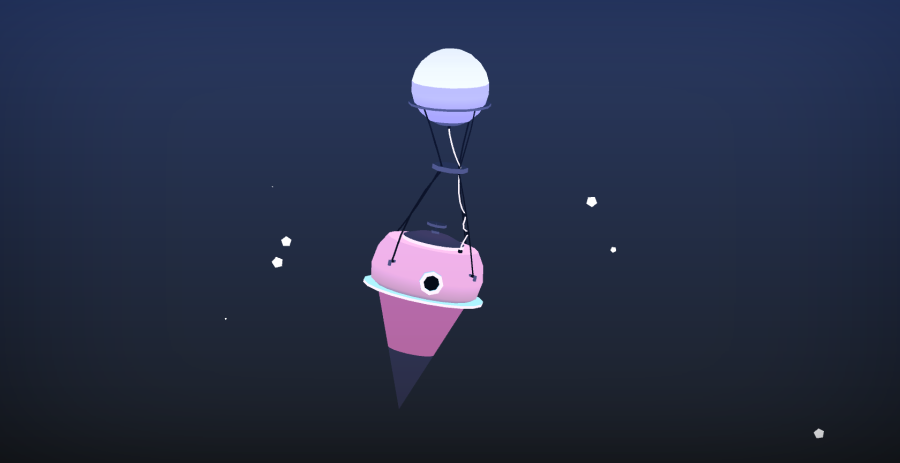 PAN-PAN is available for Switch and on Steam.

One of the very quickest ways to kill my interest in a game is to railroad me into a tutorial.

You may know the kind, especially if you’ve played recent mobile games: they give you a sequence of overly-specific instructions, then they stubbornly refuse to respond to any sort of input that isn’t exactly the button that you’re asked to press for that particular step. Effectively all control is taken away from the player, thereby robbing the whole experience of one of the greatest strengths of games (their interactivity) from moment one. It’s a frustrating procedure, and tends to be indicative of game design that will end up needlessly complicated or unrewarding of experimentation.

Conversely, the fastest way to get me on board is to display trust in the audience, to plop them down in a field with some guidelines and let them explore their options, coming across the game’s systems and mechanics naturally or through little nudges in one direction or the other. Obviously, it’s a lot easier for simpler, more to-the-point games to get away with this type of design.

But Pan-Pan just takes it to the next level on top of that.

The first thing you see on starting a new game is a bizarre, cartoonish aircraft somewhere between a hot-air balloon and a spaceship. It’s just floating on its own, free of any context. In theory, this screen could linger here for hours in a pleasant little loop, just waiting on you. But inevitably you’ll get curious and start messing with buttons – if you’ve played any other video game before, the first key or button you press will produce a curious little bump in the ship. Press it a few more times, and the ship will come crashing down, starting the game proper.

This moment is a perfect little encapsulation of what to expect from moment-to-moment gameplay.

Pan-Pan never tells how to crash the ship, but instead sets you in a fairly static scene and waits for you to feel out the right way to push the situation forward. That’s the very premise of a puzzle, after all, and Pan-Pan is built around environmental puzzles. But critically, it never really explains its puzzles, end even their presence is discerned rather than shown.

It’s a game that never directly explains anything.

You see, save for the fairly minimal menus, there’s not a single word spoken or written in the entire game proper. Of the half-dozen inhabitants of the game world, the closest any will get to speaking is shaking their heads and making indistinct noises not unlike those of Charlie Brown’s trombone-voiced teachers.

After you crawl from the wreckage and collapse, you wake up with the flying-machine vanished and your character lying on something resembling an alien bedroll. With only one direction to really go, the next major thing you inevitably see is your ship in a nearby clearing, half-buried in the ground, surrounded by scaffolding, and with a small posse of gnomish creatures tinkering away at a few machines. On interacting, all they’ll do is make a vaguely negative sound and indicate a symbol on the ground. It’s not hard to gather what’s happened – you’re being asked to light up those symbols, which will presumably let these beings fix your destroyed ship. It’s nothing difficult to parse, but you’ve been asked to work it out yourself through implications and context clues.

Again, Pan-Pan is putting you into a “find-your-own-way-forward” mindset.

The rest of the game will see you running across apparent roadblocks in the environment, the kind of thing that in most games would indicate that you’re meant to turn around and progress the story a bit first or look for a glowing blue gear to strike with your sword or something equally arbitrary. Instead, Pan-Pan makes each one into a bit of a key hunt, searching the right materials to power a battery or a clue to what arrangement of switches will open a door.

Heck, this game is so language-free that I had to look up where it was even developed. Stockholm, as it turns out – it figures that the country that gave us IKEA’s pictogram-based instructions would give us video games equally averse to a lick of text.

(Just a joke – Sweden’s a lovely place with lovely people that I’d love to visit.)

And while some of the puzzles throughout can be a bit of a runaround (the introduction of inventory-like items around the half-hour mark felt like a missing explanation to a few apparent dead ends), the choice to go with nonverbal signposting and lack of time-sensitive action means it may as well be accessible to darn near anybody with sufficient problem-solving skills.

Eyesight going bad? The game’s got a bright, pastel-like color palette to make everything as clear as possible. No fiddling about with too-small text (which is a subtle blessing on the Switch with its multiple play formats and resolutions).

Don’t speak one of the game’s twelve (!) supported languages? After you’ve deduced how the save menu works, that’s effectively irrelevant.

And not only does it widen the pool of people who can experience the game, I’d argue that it deepens the experience that they can have, as well.

The crux of a puzzle – the absolute delight in it – is in slowly unwinding the boundaries of what is allowed, thinking through the hypothetical ways that you can reach a desired outcome, then hitting the ever-important “aha!” moment and the self-satisfaction of having arrived at a solution under your own power.

Too many games are afraid of letting this process become anything resembling a sticking point, though. There’s a whole school of design around “adaptive difficulty” to combat this frustration in the context of action games, which recently has been seen bleeding into puzzle elements where characters will offer suggestions and clues completely on their own or if the game determines that the player isn’t moving frustrating. Then there are those that just over-explain themselves, either directly (through text or dialogue) or indirectly (leaving too-obvious markings on the one object in a room that the player is asked to interact with). For people only present for the action elements or story of a game, that can be a welcome push, but the same comes across as patronizing for anyone who actually wants to engage with the puzzle in question.

Pan-Pan walks confidently in the opposite direction, dumping a slightly-different set of tools on the ground in each new room and asking the player to fiddle with them until they discern their intended purpose. Each of these areas are contained enough with the objects sufficiently distinct that no puzzle on its own should come across as impenetrable or outlast five or ten minutes’ worth of your patience, with the trade-off being a regular stream of those cathartic moments where you’ve finally and properly overcome a situation under your own power.

It’s kind of a shame that we don’t see more high-budget games take on the same mentality, especially with games like those in From Software’s recent catalog being happy to apply the same hands-off, work-it-out-yourself approach to action swordplay to broad success. Granted, there are others beginning to catch on, like Shadow of the Tomb Raider (among others) allowing the player to explicitly disable hints and even tune the difficulty of puzzle sections independently of the action elements. Heck, games like the Professor Layton series have cottoned on to this for well over a decade now by embracing outside-the-box solutions and making in-game hints completely voluntary.

But for now, it’s nice to see that independent games can still afford to be self-assured and take risks with their gameplay in service of making the experience of playing them that much stronger, their puzzles that much puzzlier.